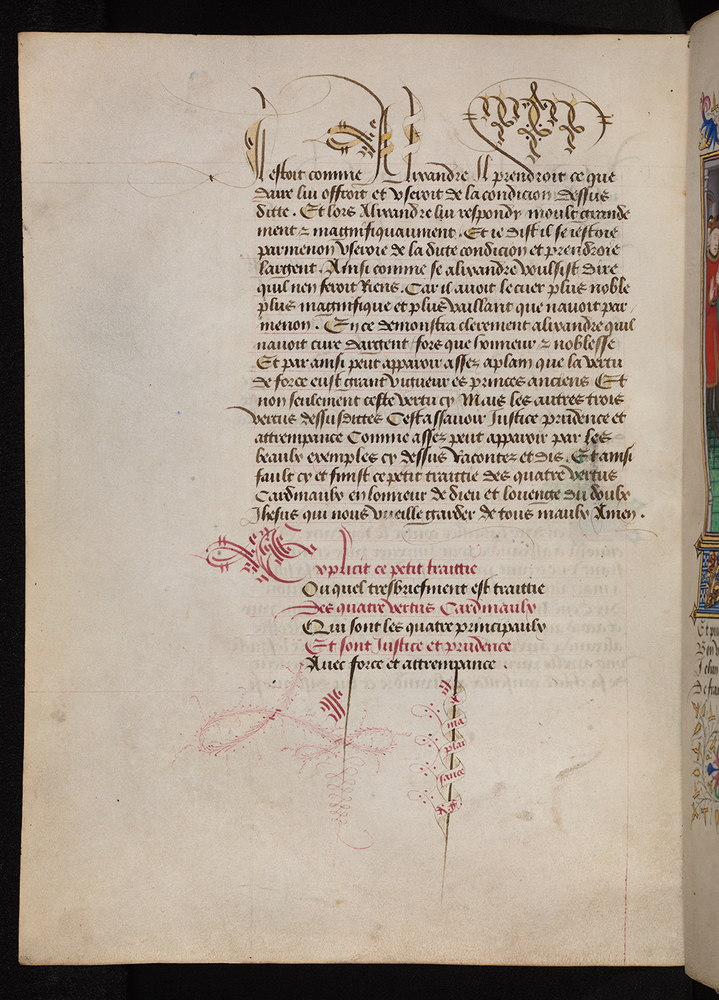 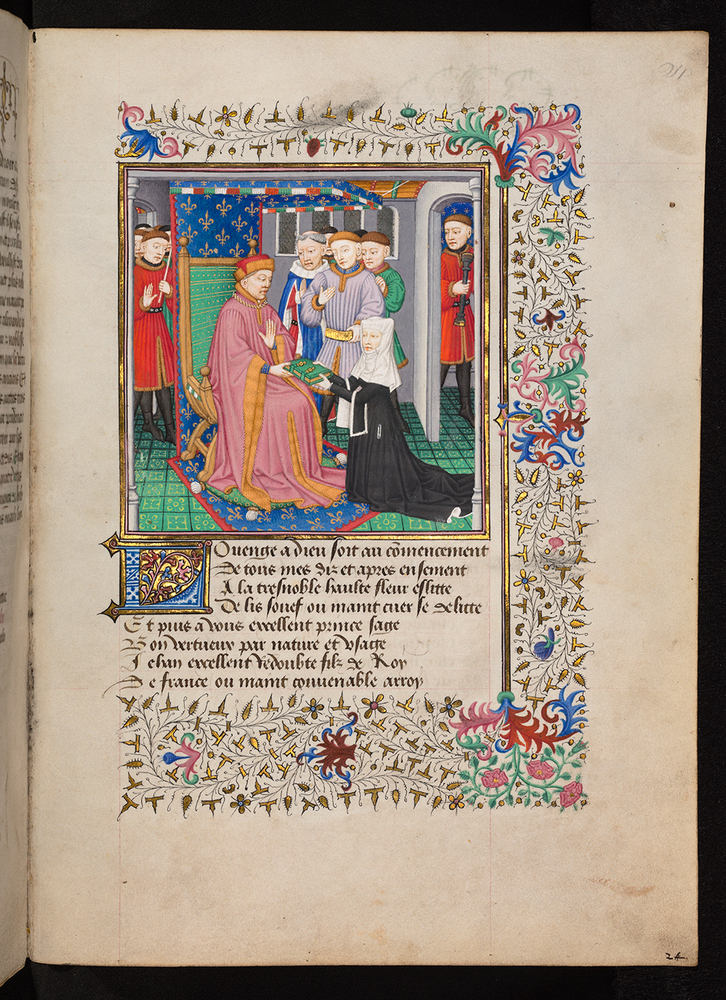 Christine de Pizan began to write professionally to support her family after her husband’s death. She produced a large corpus of work in French verse and prose, often for patrons, becoming one of the first women in Europe to earn a living through writing. Her status as a proto feminist remains contested, but she is widely celebrated for, as Simone de Beauvoir subsequently claimed, being the first woman to ‘take up her pen in defence of her sex’.