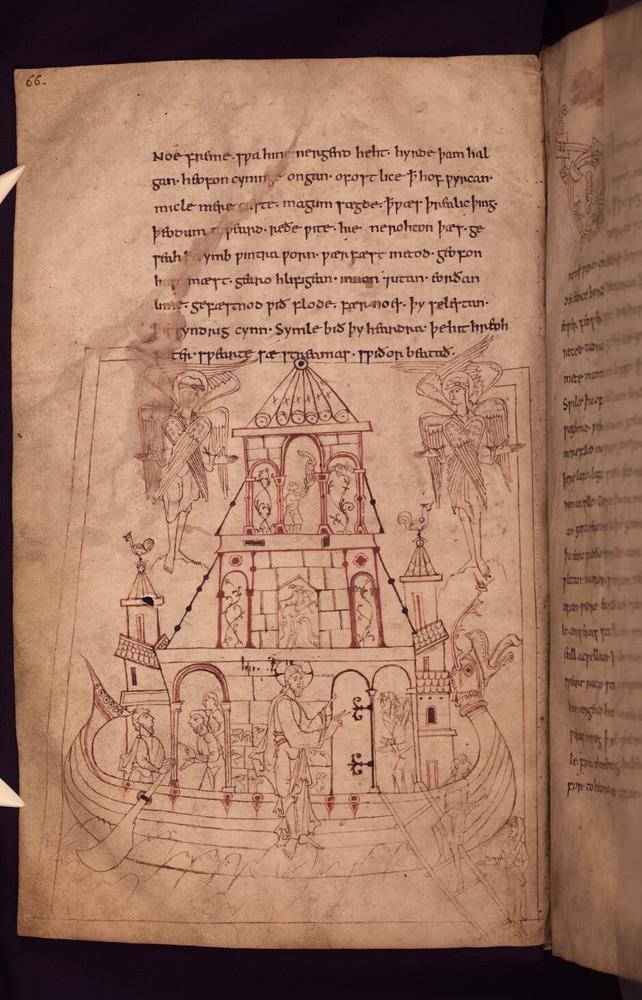 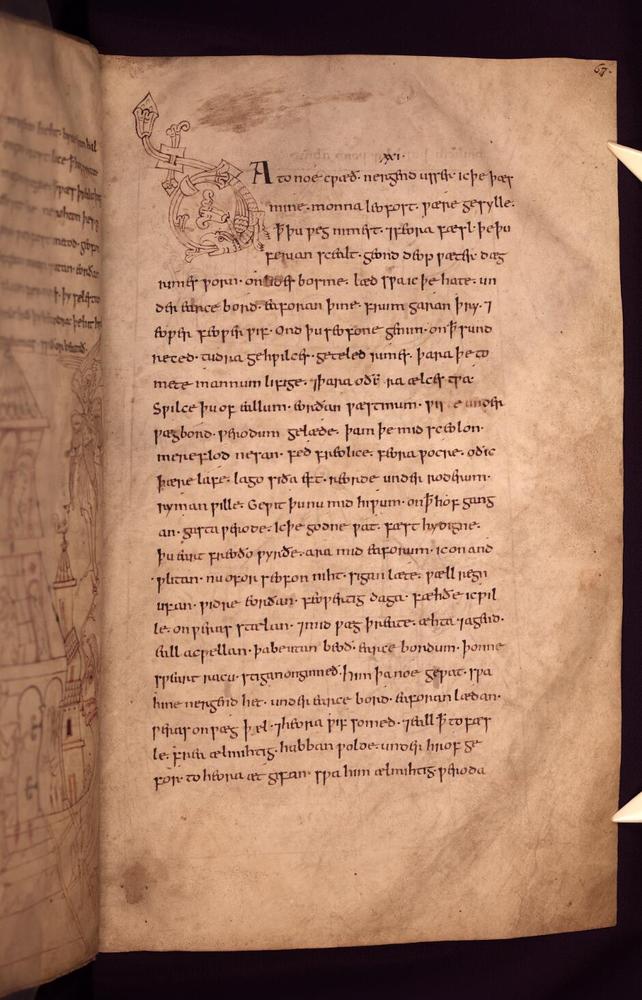 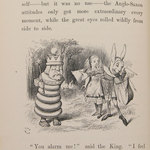 This Treasure is paired with: Through the looking glass (Anglo-Saxon attitudes)

The striking gestures depicted in this rare survival of Old English poetry may be traceable back to those of the Roman stage. Here God, who holds open a door at the centre of Noah’s ark, indicates ‘two’, his message passed along by the figures on the ladder. The biblical verse paraphrases, once attributed to the earliest recorded English poet Caedmon (flourished c. 670), are by anonymous authors of later centuries.