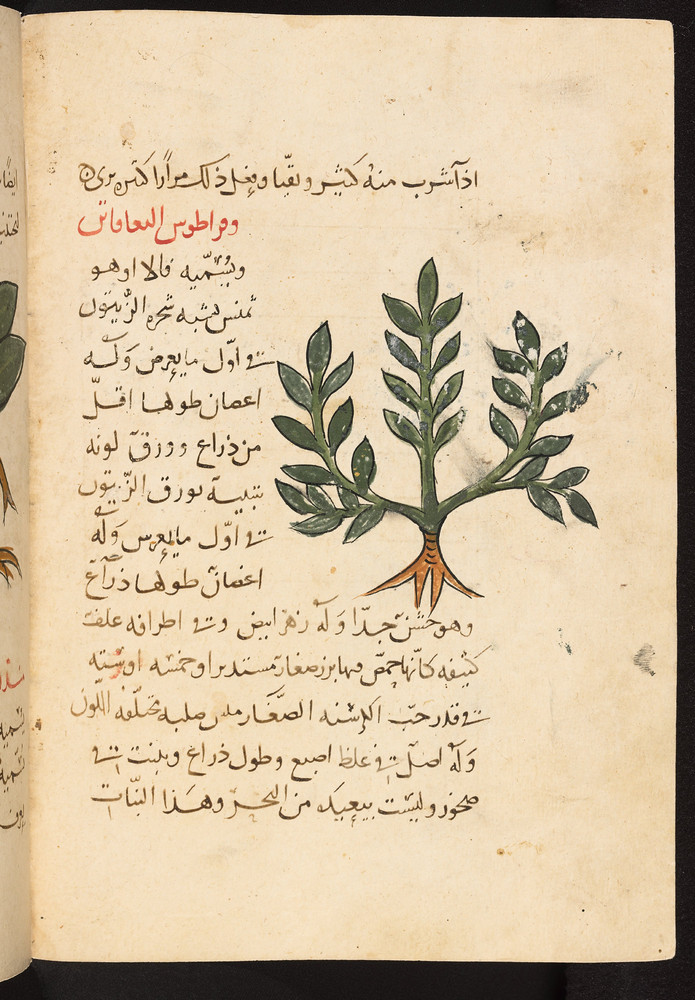 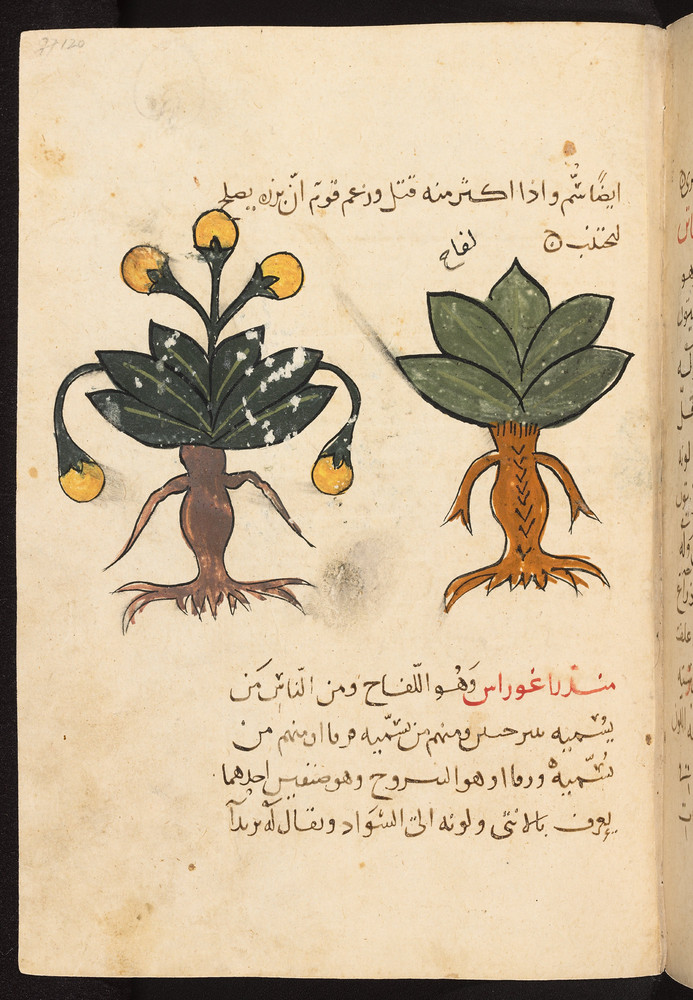 The Greek physician Dioscorides compiled his De materia medica in the first century AD. Around 700 plants and over 1,000 drugs are listed and described, and their medicinal effects discussed. It was well-regarded until the sixteenth century, and there are manuscripts of the text in Greek, Latin and Arabic, many of them well illustrated. Shown in this Arabic version, copied perhaps in Baghdad, is the entry on mandrake, or mandragora. The transliterated name from Greek is given as Mandhraghuras and its Arabic name al-Luffah is given as well as alternate names. Two varieties are identified: the female which tends towards a black colour, and the male which tends towards a white colour. The male is recommended as a painkiller, a cure for insomnia and an anaesthetic.