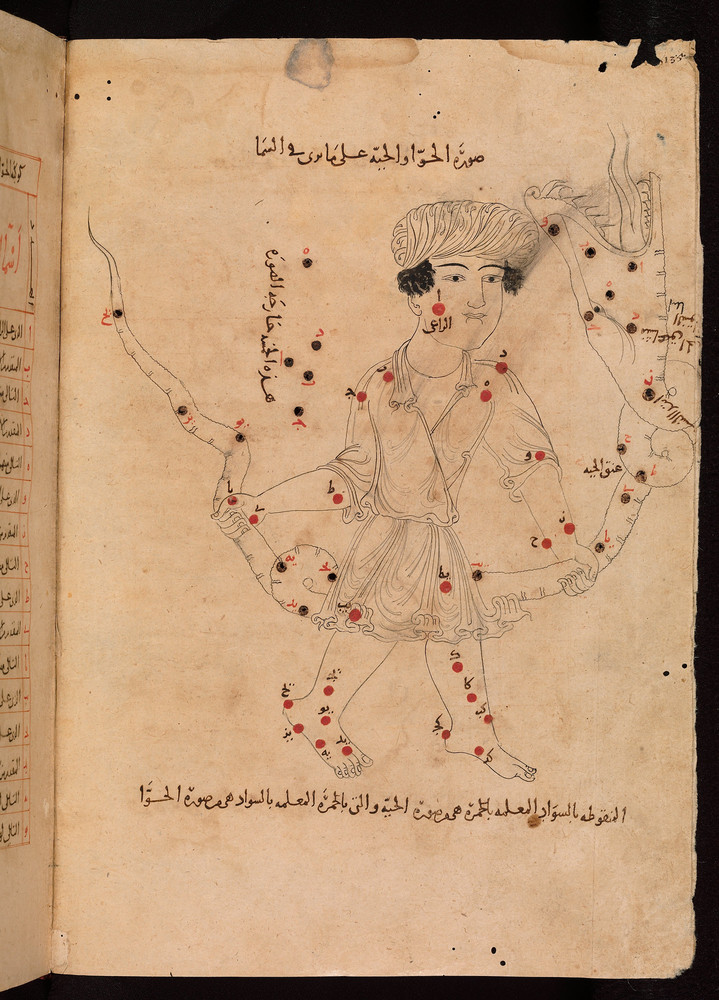 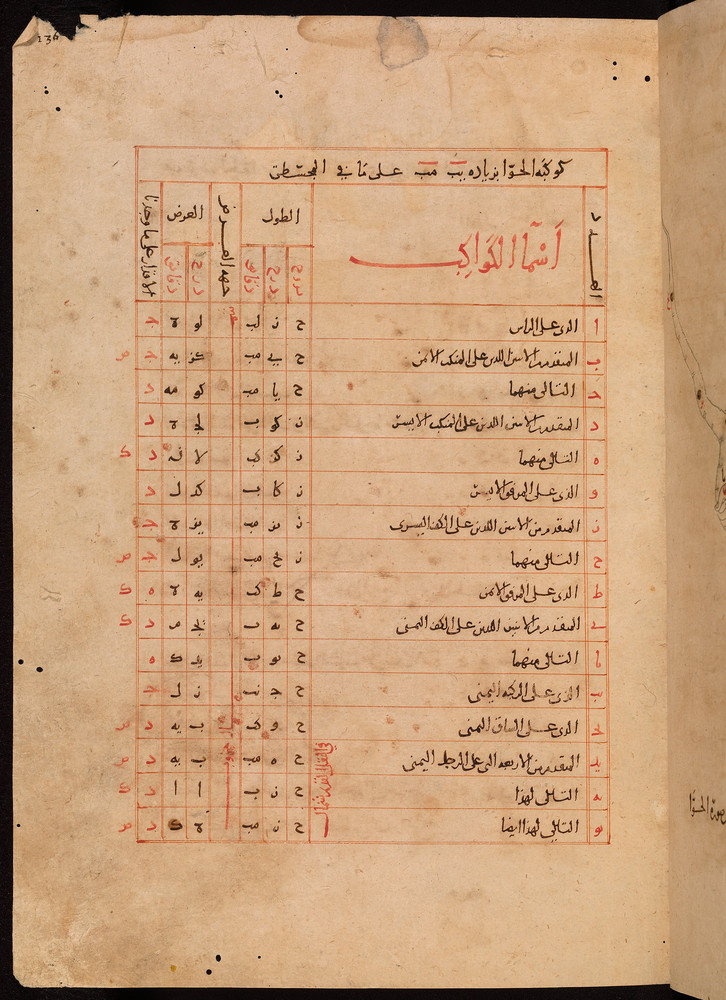 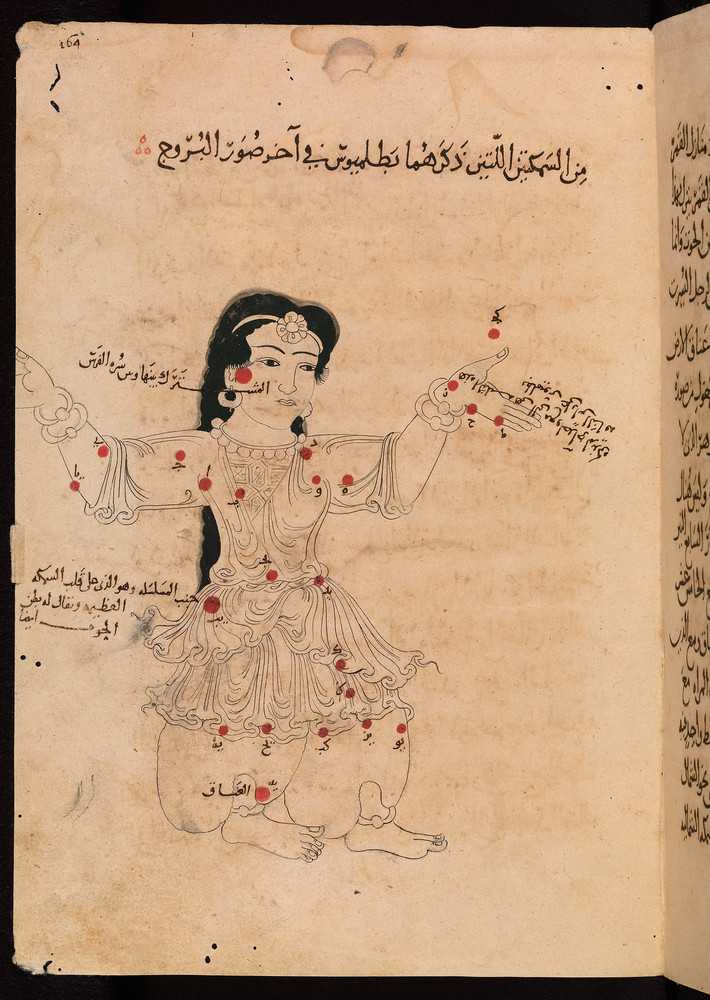 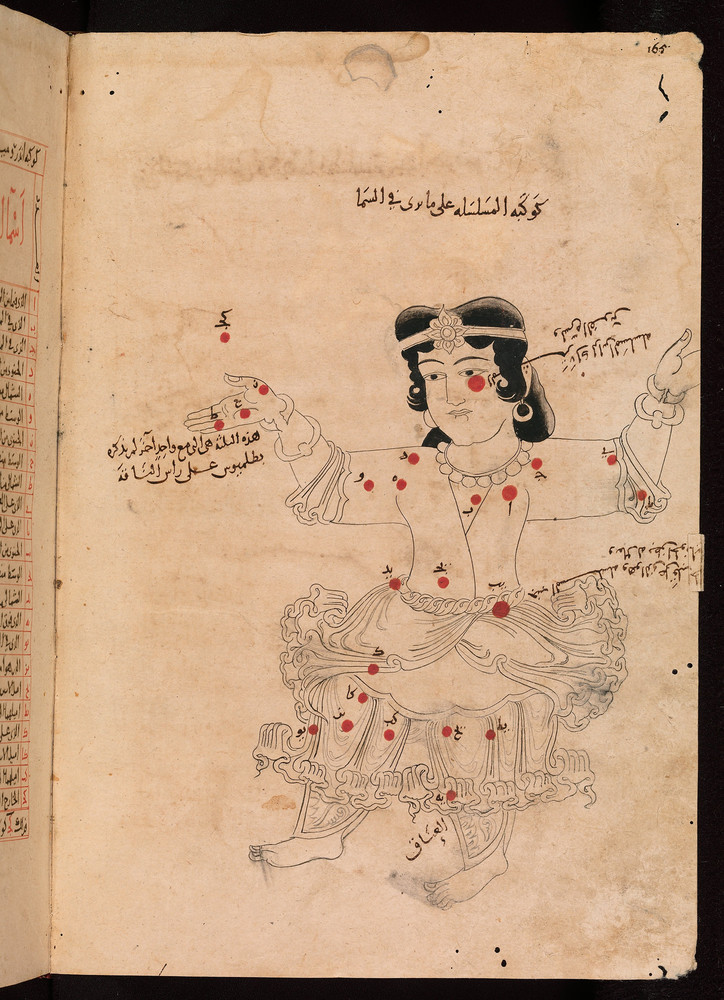 This treatise, by a court astronomer in Iran, was the most important guide to constellation forms in the Islamic world. Al-Sufi represented the classical constellations according to the observer’s viewpoint. Thus, very constellation is illustrated with two drawings: one as seen in the sky by an observer on earth, and one in mirror-image as it appears on a celestial globe. Al-Sufi also described the constellations used in pre-Islamic Arabia and related them to their classical Greek counterparts.

See more images of the ‘Book of Fixed Stars’.