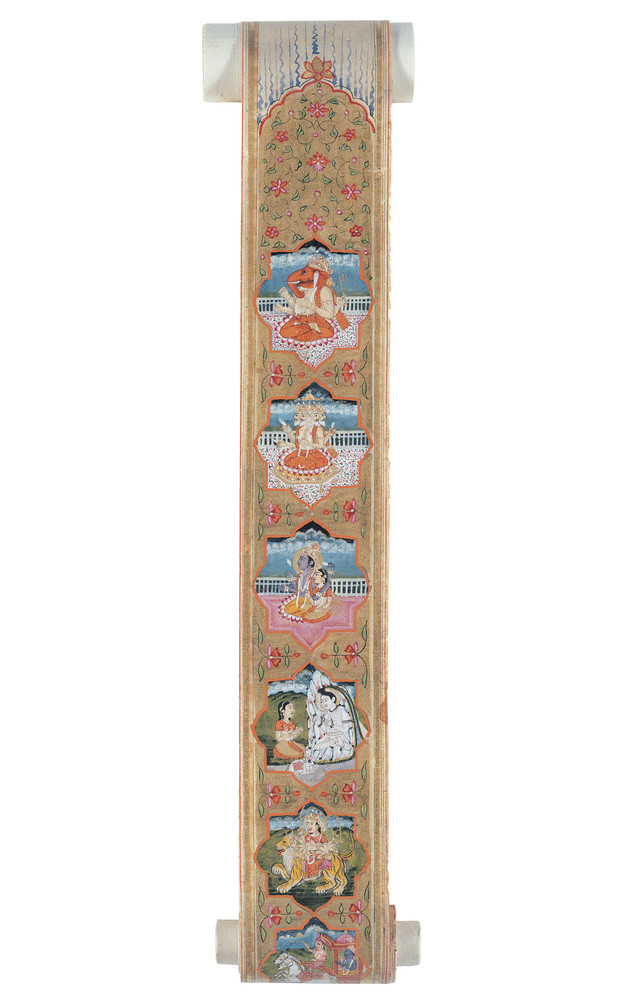 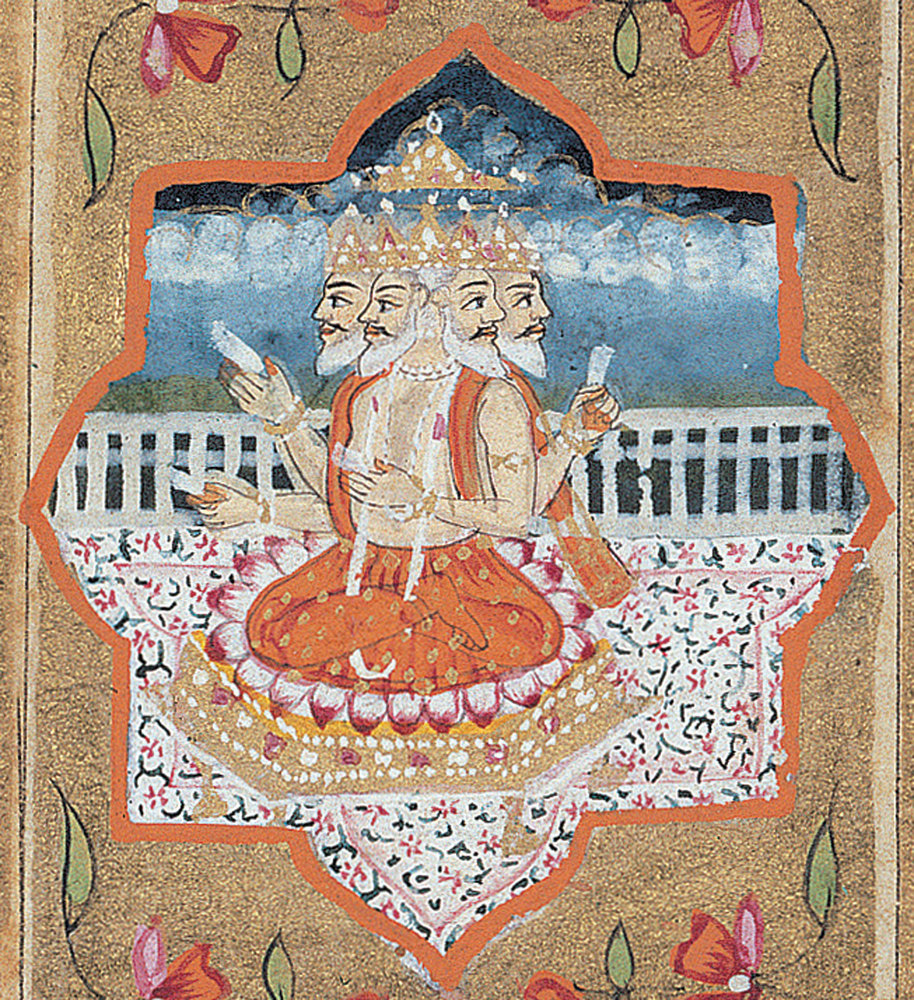 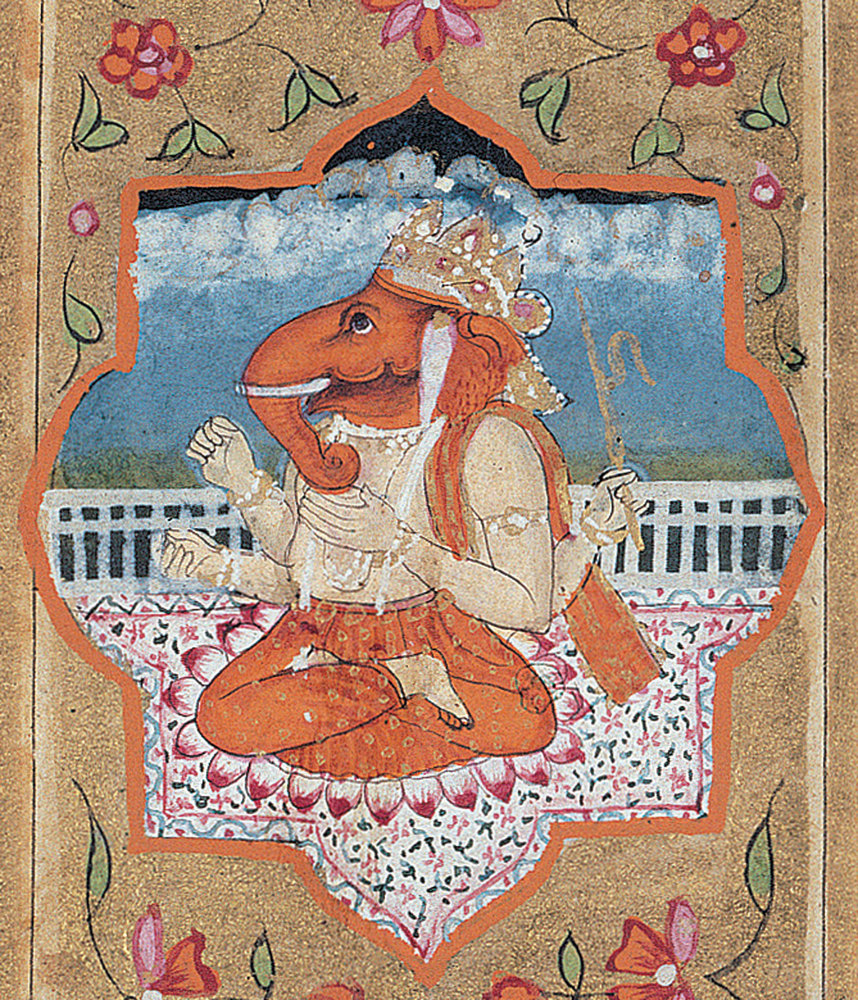 Zoom in
MS. Fraser Sansk. 41 a
Bodleian Libraries, University of Oxford
Previous Next

These two miniature illuminated rolls contain the Sanskrit text of the Bhagavadgītā, the Hindu scripture that is part of the larger epic, the Mahabharata. They are examples of an eighteenth-century trend in manuscript production, in which popular Hindu sacred texts were copied out on long rolls of thin, highly burnished paper in minute script, probably to be kept as amulets, conferring divine protection on the owner. The rich illuminations suggest the manuscripts were commissioned by wealthy patrons, and the opened roll starts with seven exquisite pictures of Hindu deities: a seated Ganesh; Brahman, also seated; two illuminations of Vishnu and Lakshmi; two paintings of Shiva and Durga; and Arjuna sitting facing Krishna.