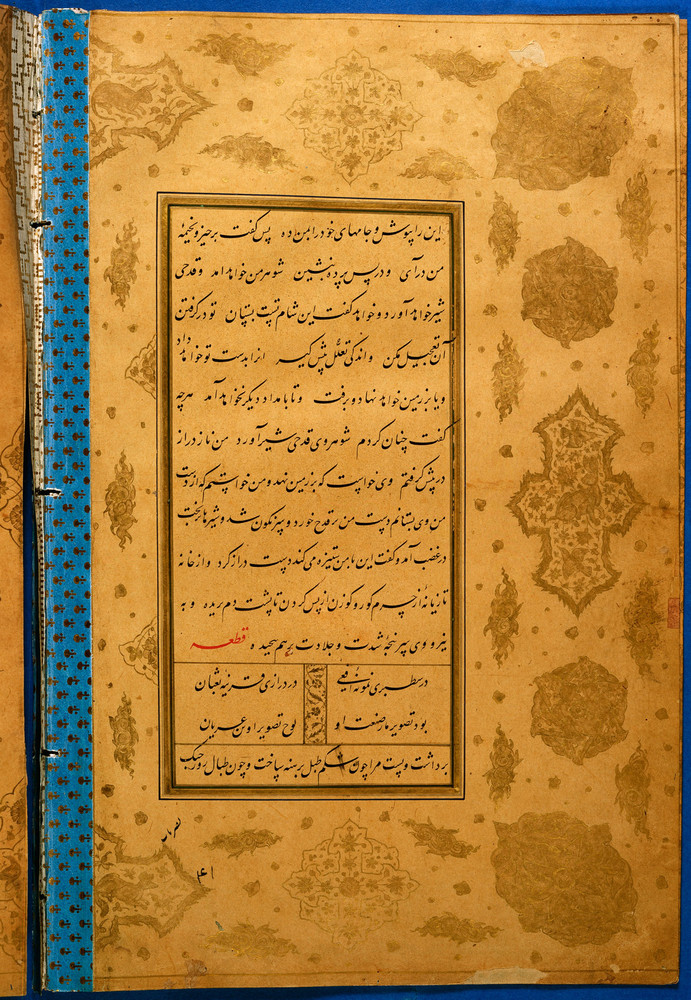 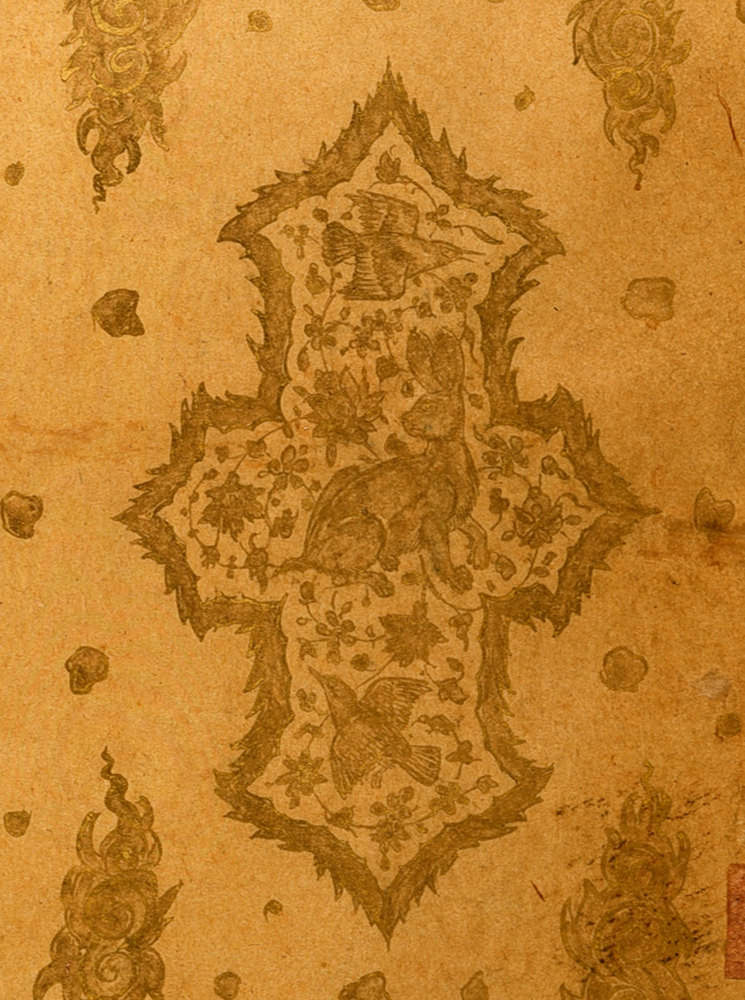 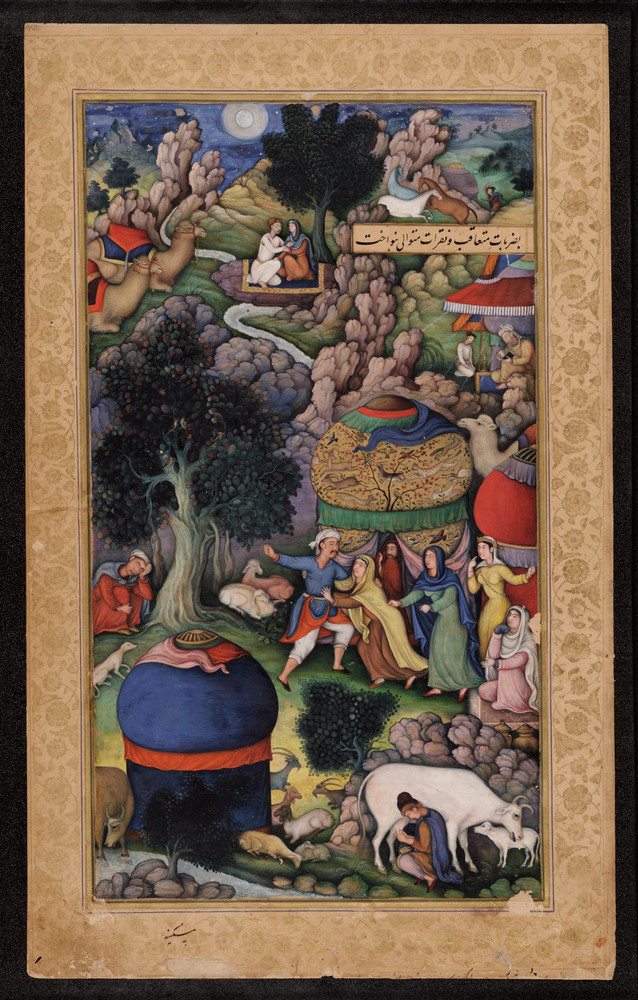 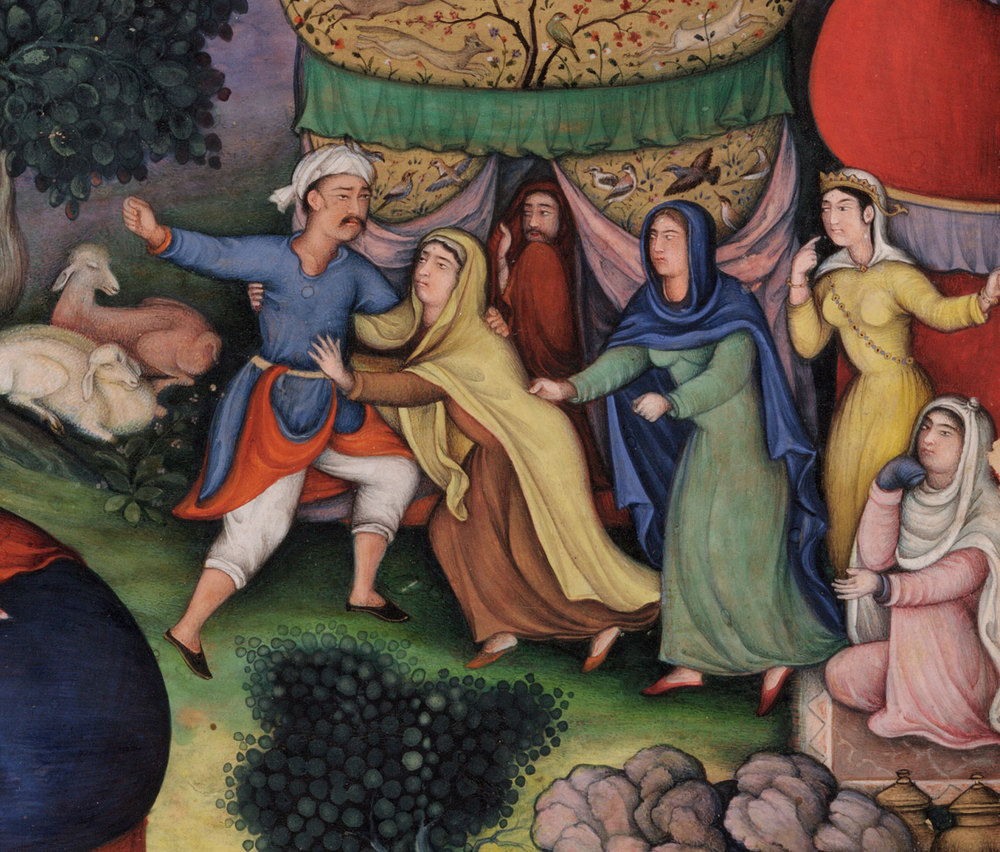 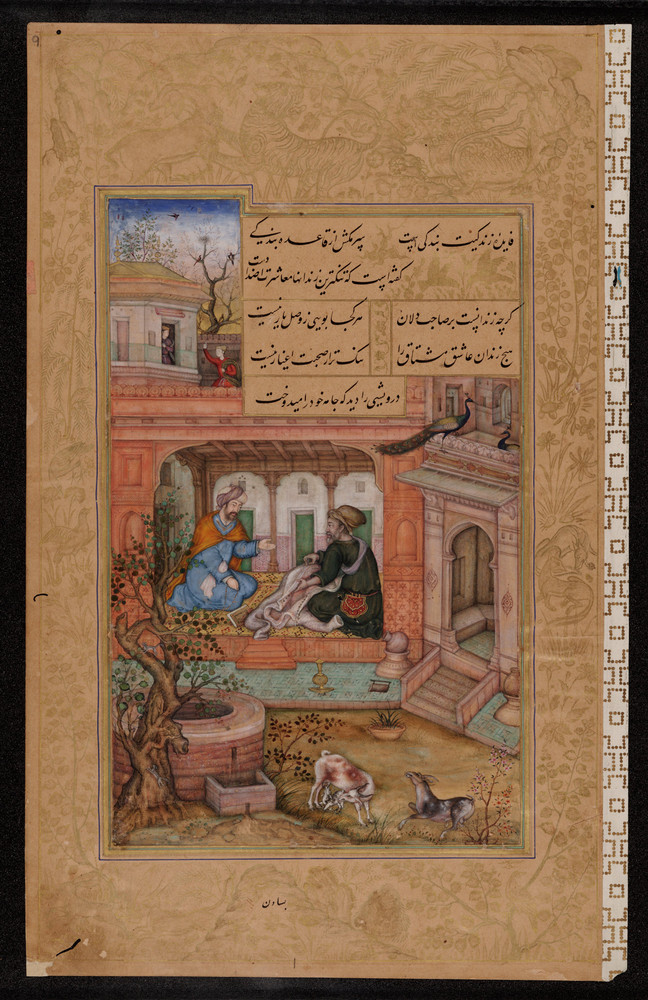 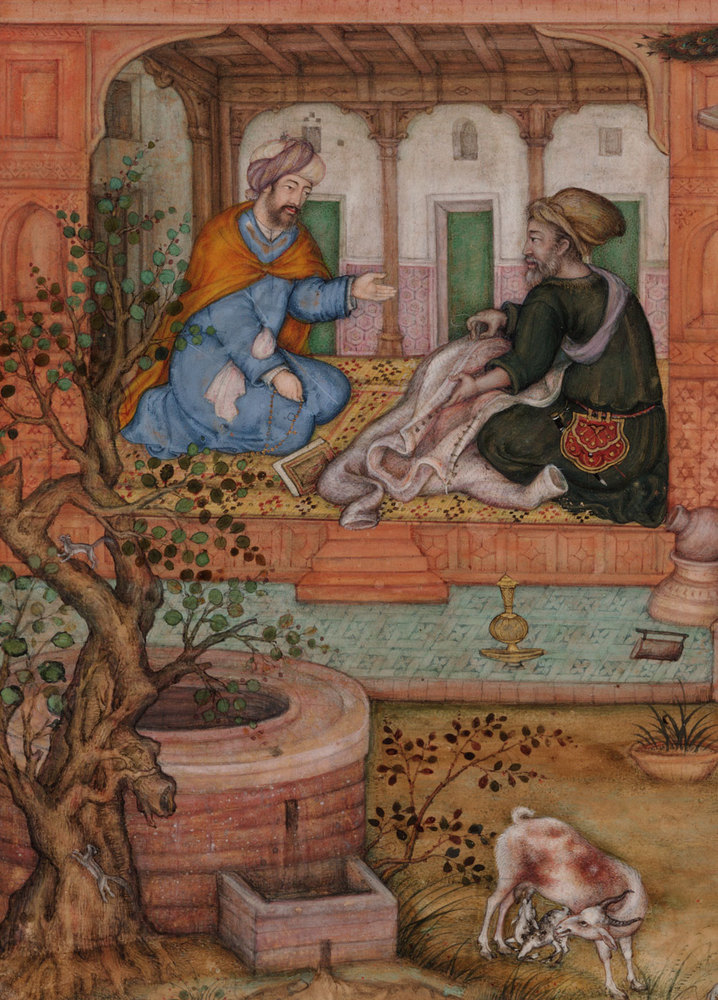 This superb manuscript of poetic stories by the Persian poet and mystic Jami was commissioned by Akbar, the Emperor of Hindustan (1542-1605). The rhymed prose, written in a beautiful script by a celebrated scribe, Muhammed Hussein, is bordered with elaborate arabesque designs, and  illustrated by sixteen of the greatest Mughal court artists.

Shown here is a passage from the fifth ‘Garden’ of the Baharistan, with a painting by Miskin. The lovers Ashtar and Jayyida, of different tribes, met secretly by night outside her camp; here they are seen consorting under a distant tree, with their camels nearby. A male friend of Ashtar, disguised in Jayyida’s clothes, had meanwhile taken her place in her husband’s tent. When the husband offered milk to his supposed wife, the friend had spilt it. The husband then beat him mercilessly. However, the imposture remained undetected, and the friend had the consolation of sleeping with Jayyida’s sister. Jami concludes that a friend in one’s time of need is a friend indeed. The painter Miskin excelled at depictions of animals. Here his tenderly observed cow and calf with herdsman derives from a European model, while his rock formations look back to a Persian convention in their concealed grotesque faces.

See more illuminations of The Baharistan.