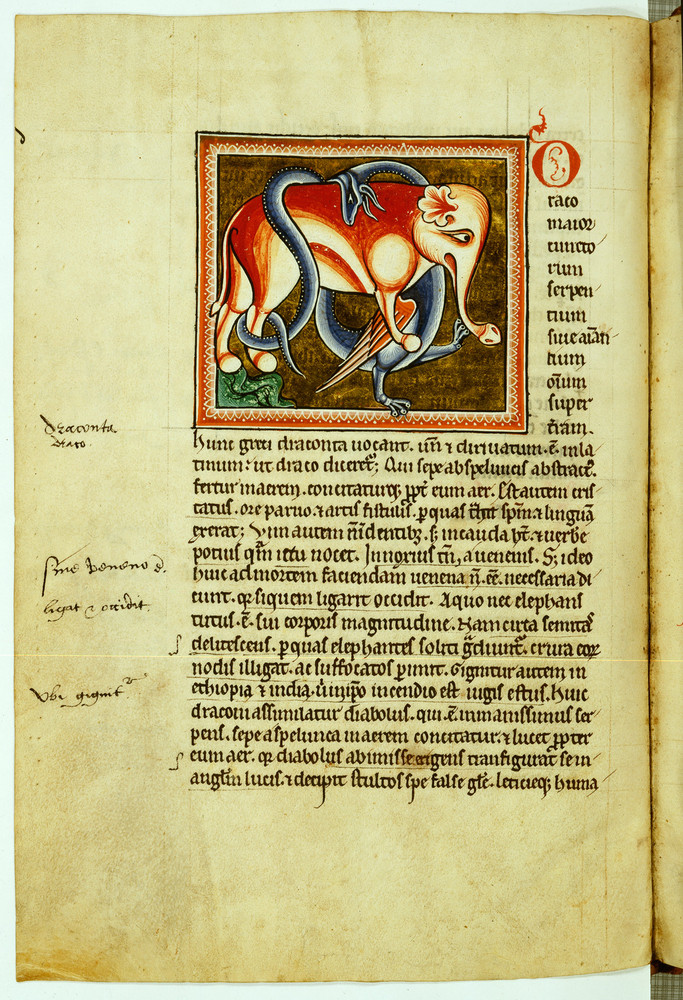 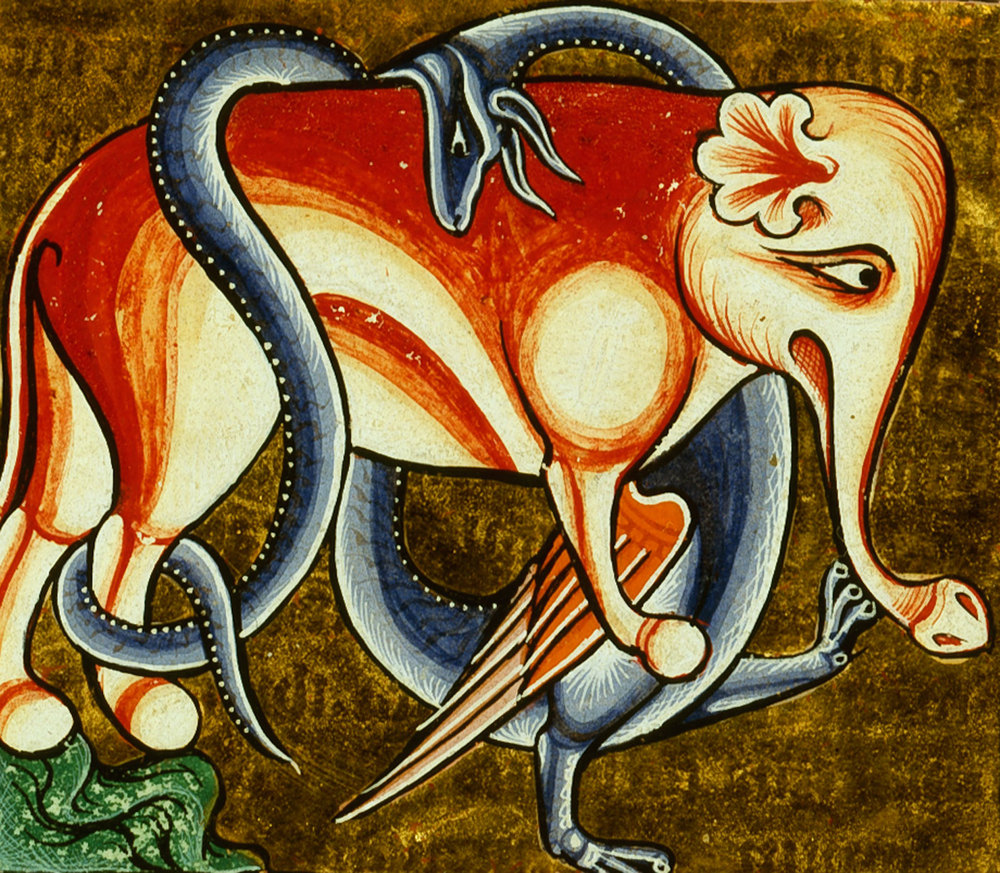 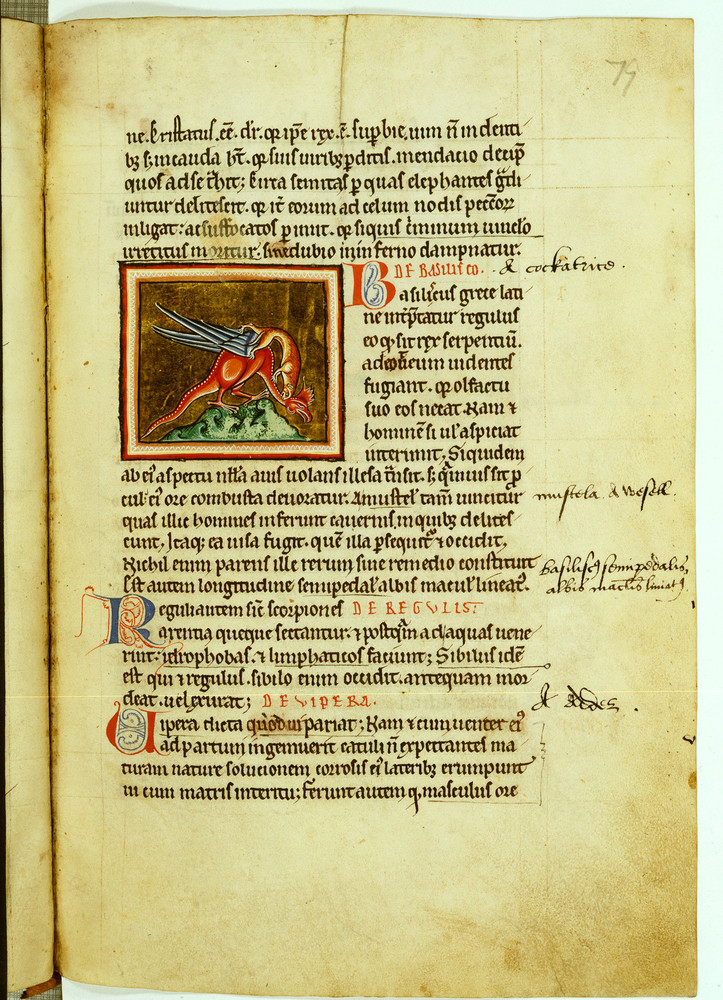 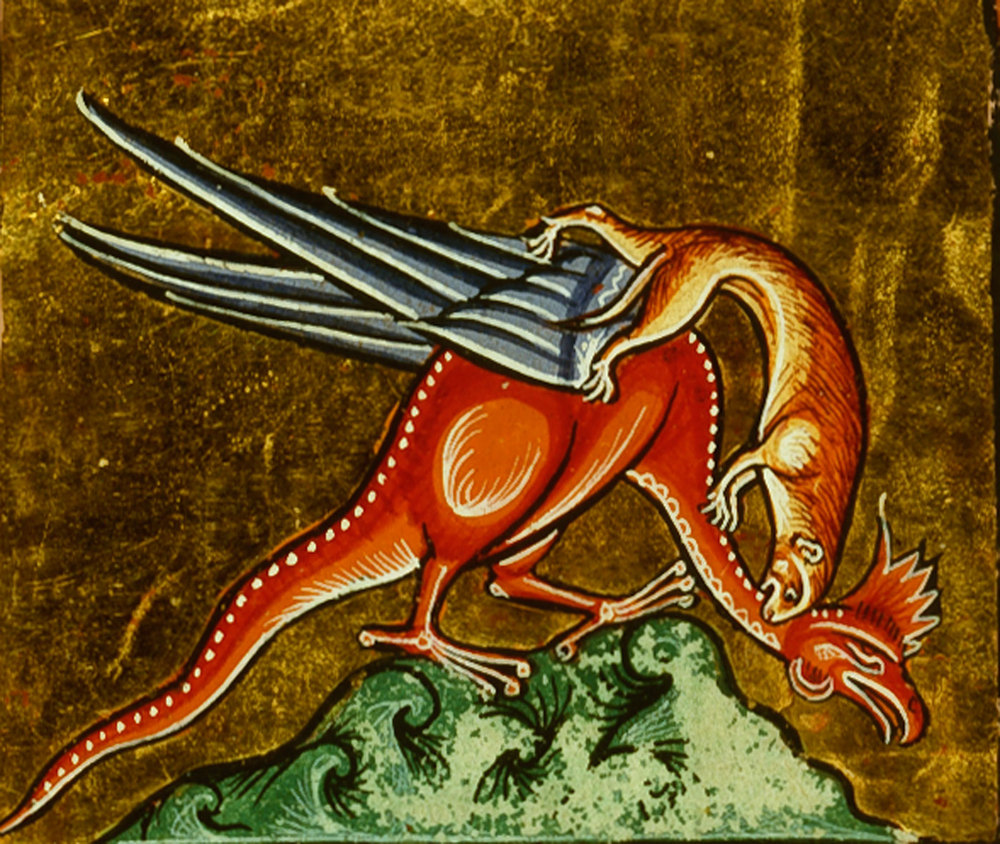 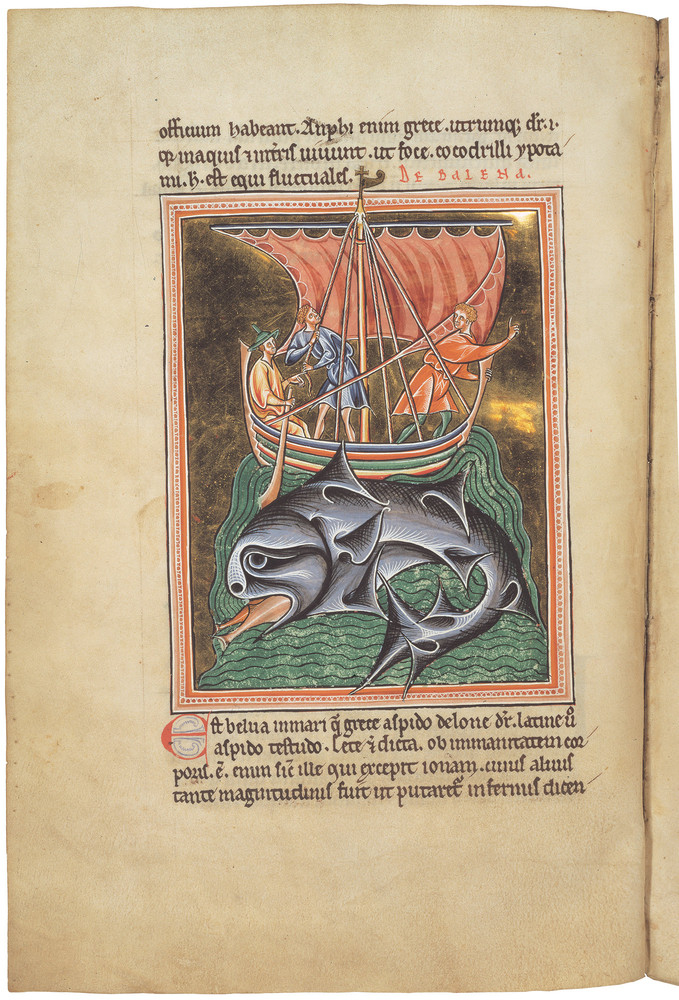 Produced in England, this superbly illustrated manuscript is one of the finest of the early Gothic illuminated Bestiaries (Christianized versions of ancient animal lore) which were especially popular in this country in the first half of the thirteenth century. A mere handful of the animals described were native to Europe, the remainder (some mythical) being known only from written reports and traditional illustrations. In the first image shown here, a dragon suffocates an elephant, its traditional enemy, with its tail, just as Satan lies in wait for humans and suffocates them with sin. The second image depicts a basilisk – a serpent that can kill a man with a single glance. Although powerful, the basilisk can be destroyed by the weasel (as shown here), for God provides a remedy for everything.