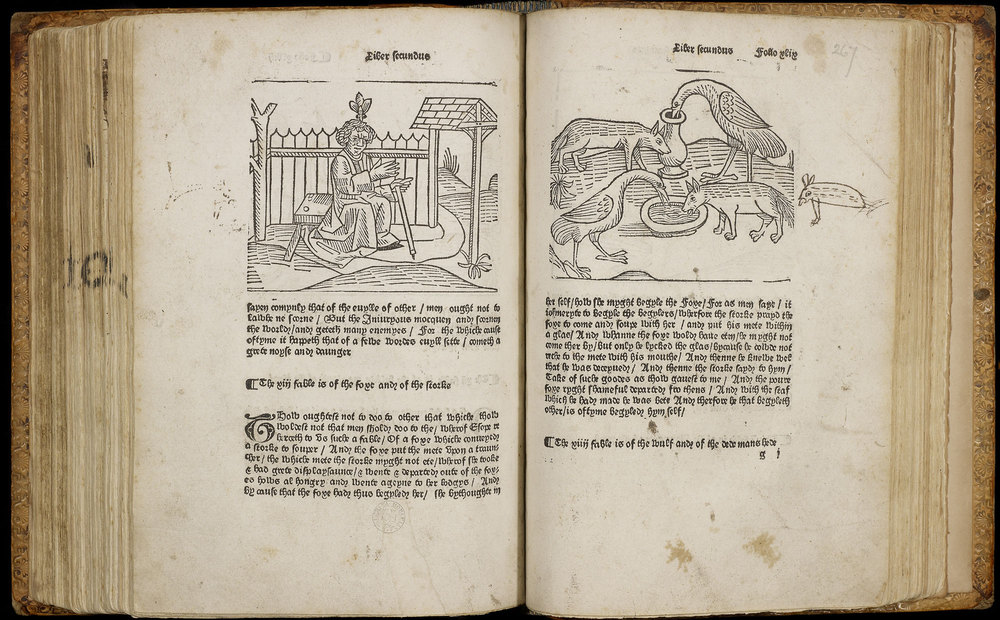 Aesop’s Fables probably originated in the fifth century BC, with a Greek slave of that name, who gained a reputation as a teller of animal stories. The Fables became a standard school text throughout Europe during the Renaissance, but were also used for the moral instruction of adults. Following the introduction of printing into the West more than 150 editions were published before 1500 in many languages. This edition, illustrated with woodcuts, was written and published by William Caxton, who in 1476 brought printing to England.